In the last episode, we talked about environmental sustainability with regard to the Beijing 2008, Vancouver 2010 and London 2012 Olympics. Today we will finish our travel through history, looking at how the environmental issue was addressed at Sochi 2014, Rio 2016 and PyeongChang 2018.

Sochi 2014: a disaster waiting to happen?

Similar to other Olympics candidacies, Sochi’s application to host the 2014 Olympics was presented under the best expectations in terms of environmental sustainability. The main inspiration was the Vancouver 2010 Games, thanks to its widely recognized success. Russian organisers set for Sochi the following objectives: barriers-free games, preservation of national values and culture, economic prosperity, use of modern technology and harmony with the nature. However, difficulties arose almost immediately. For example, the submission for hosting the Olympics was actually prepared by a team of international consultants, and the organising committee could not even understand the technical vocabulary that had no equivalent in Russian! The decision to host the Games in an area adjacent to a national park was certainly a risky, and collaboration with UNEP (United Nations Environment Programme), WWF and Greenpeace only partly helped to contain the environmental damage. There were numerous reports of hazardous material being spilled into rivers and protected trees being cut down. The restoration of the area around the Mzymta River, touted as a legacy of the Games, was – according to many – just the consequence of the devastation of an area that should not have been damaged in the first place.

Among the (few) positive notes, there was the creation of a new national standard in Russia for constructions with the aim of reducing energy consumption and negative effects on the environment. In terms of cultural development, the Sochi Olympics gave a positive boost to voluntary work among young people and fostered the foundation of the Russian International Olympic University.

Rio 2016: quality of the water, one of the unresolved issues

One of the objectives of the Rio Games planning was to set new sustainability standards at regional and national level. The three key points were: minimising environmental impact, ensuring accessibility for all, and contributing to the economic development of the state of Rio de Janeiro. Environmental and ethical criteria were included in the procurement of products and services required for the organisation of the Games. In addition, the organising committee set up a programme to offset carbon emissions before and during the Games. On a more positive note, the Rio Olympics obtained ISO2012-1 certification (one of the legacies of London 2012), an acknowledgement of compliance with international standards for the construction of Olympic buildings.

One of the most controversial issues in the run-up to the Games was the quality of the water. In the bidding process, improving the hygienic conditions of the water was seen as a priority for the safety of the athletes (e.g. open-water swimmers) but also as a legacy for the city. In reality, economic, political and even cultural interests worked against the project, since the poor sanitary conditions of the population lives meant that people were not very interested in where the water was actually discharged, as long as it was discharged. Just a few weeks before the Games, the situation in Guanabara Bay was causing great concern among the athletes. The temporary solution was to build eco-barriers in the rivers flowing into the bay and to remove the debris with the help of boats (eco-barcos). The barriers reduced the risk of collision with floating rubbish, but little could do against the quality of the water itself. Fortunately, most athletes did not suffer any repercussions, thanks mainly to stringent preventive measures: washing up immediately after leaving the water, using disinfectant gels, sealing water bottles to prevent them coming into contact with the water. Does this sound familiar?

PyeongChang 2018: the question mark on the Jeongseon Alpine Centre

The PyeongChang Olympics were planned under the slogan: ‘an O2 Plus Winter Games’. Key points of the plan were the construction of energy-efficient buildings, respect for biodiversity, recycling of rainwater, use of renewable energy, improvement of the public transport system and raising awareness on sustainability.

The PyeongChang Games were the first Winter Games to obtain international ISO2012-1 certification and the city was recognised by the national government as a ‘Low-Carbon Green Growth Model City‘. The South Korean organising committee planned for the post-Olympic future of Olympic constructions, but in spite of their efforts three venues were left out: the Gangneung Oval, the Gangneung Ice Hockey Centre and the Jeongseon Alpine Centre. In particular, the latter was at the centre of much controversy because its construction had led to the destruction of an entire forest. Ever since, the local government has always declared itself in favour of the demolition and restoration of the forest at the end of the Games. 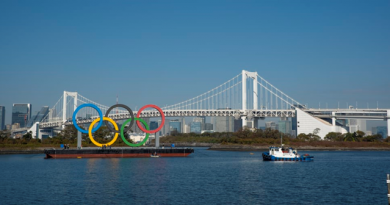 Sustainability at Tokyo 2020: Environment and Biodiversity 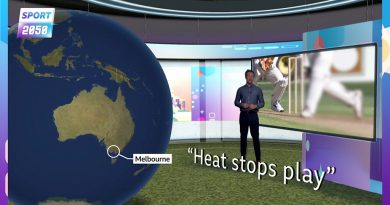 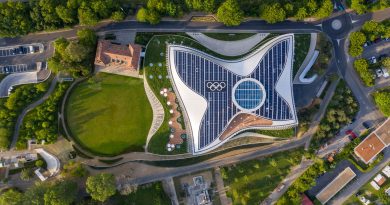 The IOC sustainability report: the objectives achieved in 2017-2020